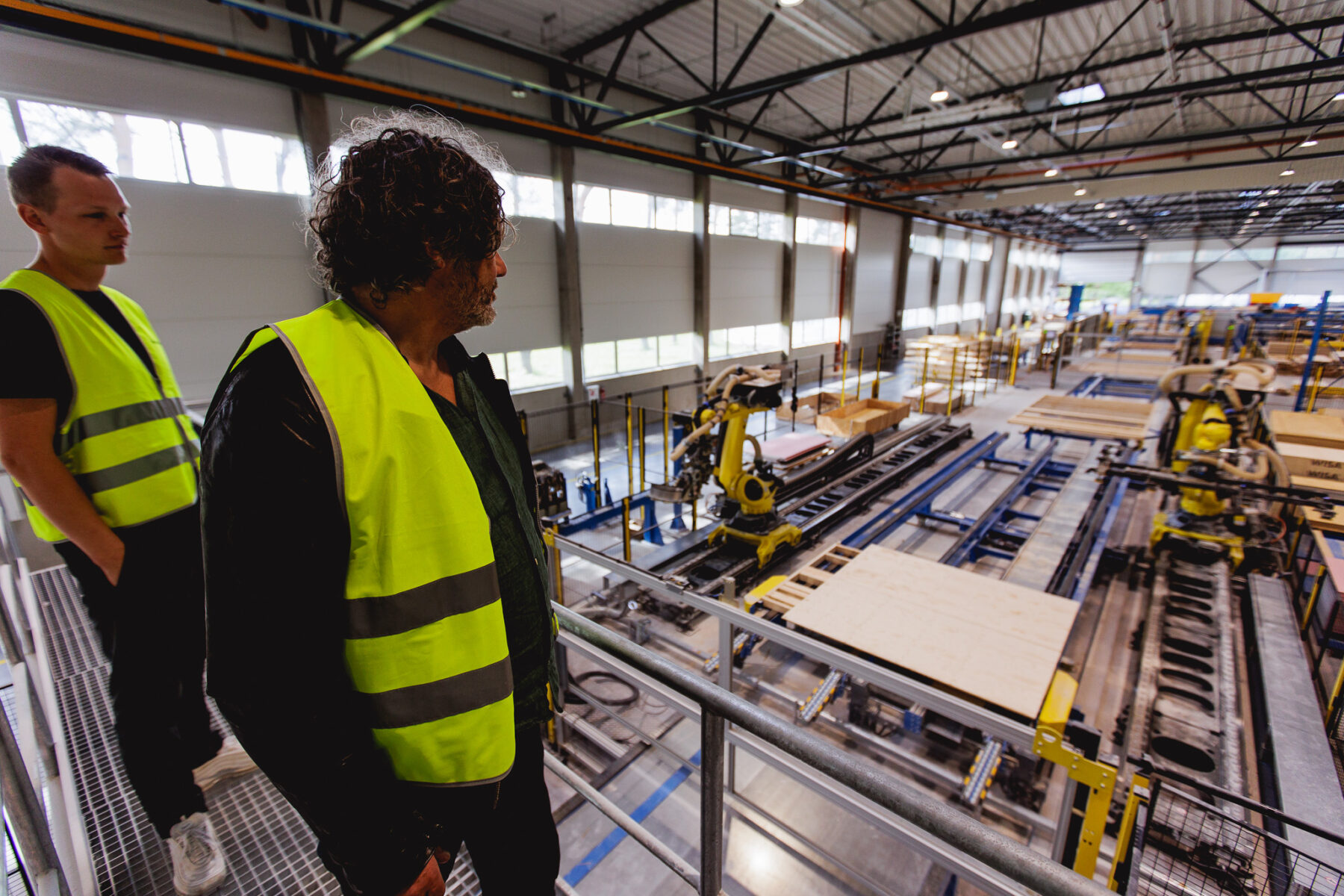 Arcwood – having invested into the newest CNC technologies and state of the art machines, Arcwood is committed to produce CLT to the highest degree of exactness.

Welement – the most advanced offsite manufacturer, who has harnessed the latest technology and IT systems.

We also took the delegation to see some references, to showcase what and how it is possible to build future cities. One of the most architecturally attractive reference was Saue municipality building, where Saue major also emphasised that is important to bear in mind while making a new buildings, that it needs to support intelligent and some times even individual work culture.

Delegation had a chance also to step in a new 4-storey CLT apartment building in Põlva and Timbeco Woodhouse showed closely one of pilot projects of reconstructional project, where old apartment building is fully renovated with prefabricated timber frame elements.

One of our aims with the trip was to provide knowledge and insights from prefabricated woodhouse industry leaders. But as well establish contacts to promote all together timber building in Denmark.

Thank you Enterprise Estonia and Embassy of Estonia in Copenhagen for co-organizing the event!